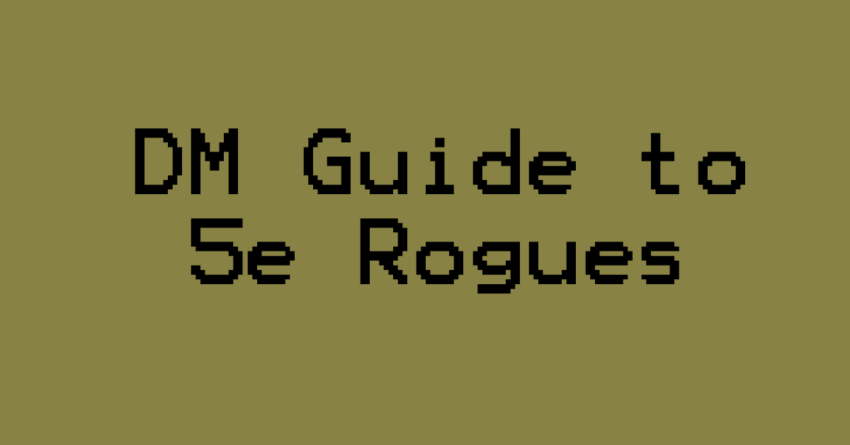 When I first started out as a Dungeon Master, I had only played 5e in a short lived campaign as a druid. But when my new group wanted to start playing, I was -somehow- the most experienced. This meant that I had to become the dungeon master. As I soon found out, It can be tricky DMing for a class that you have never played. Since you may be completely unaware of their class abilities the experience feels a lot like drinking from a fire hose. I wrote this as a sort of “guide” for Dungeon Masters who may not have dealt with rogues before. This will tell you everything you need to know for successfully dealing with these lying, back-stabbing, thieving bastards.

In this article, I provide a basic overview we well as my general thoughts on the following:

The number one feature of rogues that you will have to deal with is sneak attack. This allows the rogue to do bonus damage under specific circumstances. I wouldn’t spend too much time worrying about ‘how much‘ extra damage, since the player is most likely going to know. However, if you’re curious: it is a level-dependent number of d6, and the specifics can be found in the Player’s Handbook (pg. 95).

Additionally, attacks are only eligible for sneak attack if they are made with a ranged or finesse weapon.

I’ve never seen this to be an issue since rogues tend to be using these types of weapons anyhow (as they are Dex based). However, honestly I would totally let this rule slide. If one of my players is a rogue and they happen to be using a greataxe, for some reason, I would still let them have sneak attack damage. I think it’s fucking hilarious picturing a character stealthily using a giant weapon.

Sneak Attack can be used once per turn.

This is specifically not limited to the rogue’s turn. There can be instances when a rogue deals sneak attack damage more than once in a round.

A rogue and their teammate, a fighter, are flanking a kobold. On the rogue’s turn, they will get sneak attack damage since the target is within 5ft of their ally. On the kobold’s turn, the kobold decides to turn and run away from the rogue and past the fighter. The rogue can use their reaction to get an Attack of Opportunity. On a successful hit, they will get sneak attack damage again because the kobold is still within 5ft of the fighter.

Another ability often used by rogues is Cunning Action. This allows the rogue to either dash, disengage, or hide as a bonus action. Mechanically speaking, these do not work any differently than if the player had taken them as an action; they simply get the benefit of saving their ‘action’ for something else such as attacking or using an item.

If you are unfamiliar with the effects of these actions, here’s a brief summary (check out pg. 192 of the Player’s Handbook for full details):

This give the rogue the ability to, upon taking damage, use their reaction to only take half of the damage. This is just something to be aware of, and is not anything that you will need to actively think about since the player must announce when they are doing it. The only thing to keep in mind is that it uses the rogue’s reaction which renders them unable to make an Attack of Opportunity until they regain their reaction at the start of their turn.

Things You’ll Just Have to Deal With

Rogues are really fucking good at a couple of very specific tasks. For example: finding and disarming traps, opening things that should stay locked, and being effectively invisible. It’s just sort of their thing. If there’s a rogue in the party, chances are that they’re going to cruise through some sections that you thought were going to be a bit more challenging. The following are a few tips for how I handle these different aspects of rogues.

Rogues are typically quite good at finding traps and, as such, tend to be the designated “trap spotter” in most parties. When a rogue -or anybody, for that matter- declares that they want to search for traps simply have them do a perception check. Their roll is compared to the trap’s DC; if the roll meets or exceeds the DC then the player notices the trap, otherwise they are none-the-wiser. I try to use the same general phrase when the players fail the check or when there isn’t a trap, “There doesn’t seem to be any traps.” Being consistent with this phrasing can add a small amount of suspense, and make them question whether they really want to try to open the door.

If you give a rogue a trap, she’s going to want to disable it.The rules say that you may want to first call for an investigation check to determine if the character can figure out how to disable a trap, AND THEN calling for a Dex check to see whether they are able to disable it. Personally, I don’t like this approach at all because it seems like too much work. A rogue is highly likely to have encountered a wide variety of traps and, as such, their character will probably have a pretty solid idea of how to disarm most traps (whether the player does or not). Because of this, I completely disregard the suggestion for the investigation check.

One kick-ass alternative (which, admittedly does require a slight bit of extra work from you as a DM) is to give the players an opportunity to describe how they are going to attempt to disable the trap. This method does require you to describe the trap in a bit more detail than normal in order to give the players “something to work with”. Regardless of the extra work, I’ve personally found this alternative method to be a lot of fun (Note to self: do this more often). Depending on what the players come up with you may consider granting them advantage on their roll, giving out inspiration, or simply declare them successful. Remember: the point of Dungeons and Dragons is to have fun, use the “Rule of Cool” and reward your players for being creative!

I’ve seen a few Dungeon Masters handle picking locks slightly differently, and at the end of the day you should do what makes the most sense for you and your campaign. Per the official rules the person trying to pick the lock must have a set of thieves tools and be proficient with them. When they try to pick a lock, have them do a Dex check (with proficiency) against the DC of the lock.

Often times a rogue may attempt to open a locked door that you are not prepared for. A standard lock needs a Dex check of 15+ to be opened. Don’t be a dick about it and make the DC super high to prevent them from entering (unless it makes sense for the specific door). Just because YOU didn’t prepare doesn’t mean that the player should be punished for properly using their character. If you are quick on your feet you can just improvise a few rooms. However, if quick-thinking is not your strong suit then feel free to make it into a closet or storeroom. Just keep in mind that this door was locked for some reason, which most likely means that there is something of value behind it.

Rogues can get an absolutely absurd bonus to Stealth checks (especially if paired with the spell Pass Without Trace). Similarly to hiding, Stealth checks are contested by Perception checks. If the enemy is actively searching or guarding, you can go ahead and make a Perception check, otherwise use the enemy’s Passive Perception (equal to 10 + wisdom modifier).

It can be incredibly frustrating to have rogues sneak around everything and completely sabotage your plans. Again, you must keep in mind that this is part of the game and the game is about having fun. Imagine how badass your player feels being able to sneak their way into a base to steal an important document without being spotted. This is a HUGE part of their character’s abilities and it wouldn’t be any fun for them to continually get nerfed by the DM.

Rogues have an awesome set of abilities to help in adventuring and combat scenarios. Sneak attack can deal absolutely devastating damage, while Uncanny Dodge and Cunning Action can help them to stay alive when it matters the most. They’re probably going to breeze through some sections and detect many of your traps. It happens… deal with it. In general: just go with what ‘sounds right’ and look up the specific rules after the session for future use.

Hopefully DMing for a rogue will be a bit more approachable now! If so, I’d appreciate you sharing the article with any fellow Dungeon Masters that would also find it useful.

Not sure what the different schools of magic are? Read about them here and get learnt! 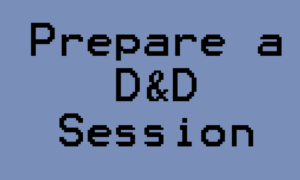 Learn how to efficiently prepare for your next D&D session!... 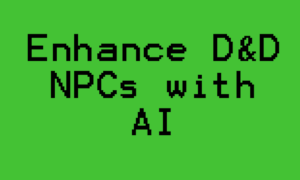 Easily enhance the different NPCs in your D&D campaign by... 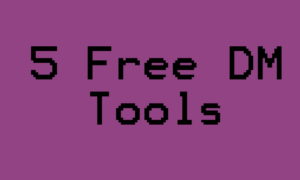