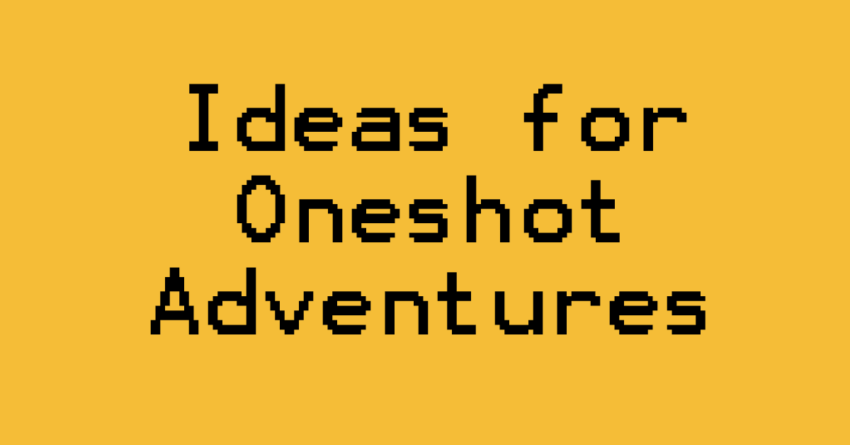 Oneshot adventures in DnD are short, sweet, and to the point. They are the perfect introduction for people who want to try being Dungeon Master, or folks who want to build a homebrew world but are intimidated by the (seemingly) massive amount of work it takes. I’ve previously talked about how to create a oneshot, as far as structure goes, but today I’d like to bring up some solutions for when the blank white page has turned your brain to mush and silently torments you with its infinite nothingness. Put your thinking cap on, cause we’re about to blast off into CreativeLand.

The first thing we’ll do when coming up with a oneshot adventure idea is take a look at some existing works of art. This could include books, movies, comics, video games, or – one of my favorites – music. Humans have had some pretty cool ideas over the last couple thousand years and there’s no reason not to take inspiration from someone else’s work. After all, there aren’t really any original ideas out there.  Everything takes inspiration from something else in one way or another.

The trick, when borrowing ideas, is to give it your own little spin, or to blend it with a couple of different concepts. It’s important not to copy an idea EXACTLY. There’s a reason this section of the article isn’t called “Plagiarize, Steal, Lie!“. If you’re just running a home game and the table would have a blast playing their way through the storyline of The SpongeBob Movie, sure whatever, to each their own. But in general, and especially if you’re wanting to publish your oneshot adventure, directly copying another person’s work and presenting it as your own is a big no-no.

So now that that’s straightened out, how exactly should you go about taking inspiration from other works?

Think of the process as though you’re making a bouquet of assorted wildflowers. Each type of wildflower is a different book or movie or idea or whatever. Take a few daisies, a few lilies, and, heck, maybe even a sunflower or two. The point is to take a little bit from each source and arrange them into a bundle of your own design. Enough with the flower metaphors, here’s an example to demonstrate what I’m getting at.

An unworldly creature, who is being hunted by their own kind, is taken in by a child.

There are so many different concepts and fun ideas you could borrow from this film, but I’m going to stick to broad strokes. Sometimes you may want to borrow some very specific elements from another work, and that’s ay-o-kay once in a while. However, I think the more general you can get, the better off your oneshot adventure will be in the long run.

The twist could come from anywhere and it doesn’t have to be some big dramatic thing. When I say ‘twist’ I’m more so talking about altering the main idea or shaking things up a little.

Step 3. Make it fit your world

The PCs are informed that an incredibly dangerous druid has escaped their arcane prison and has fled to a demiplane inhabited by sapient creatures. An archmage has tasked the party with capturing the druid without hurting any of the inhabitants. Once on the demiplane, the PCs discover that the druid has shifted into the form of an adorable animal and has been adopted by a local child.

You’ve got lots of wiggle room here, and the fluff and flavor of how you make it fit into your world really comes down to the tone and setting you want to portray. Lilo & stitch is a feelgood movie with sci fi elements, but I shifted and molded the concepts to fit into a high fantasy setting.

If the process was successful, you can now building a oneshot adventure from your idea bouquet. Click here to learn more about the process!

You can do this an infinite number of times, with pretty much anything you could think of! The main story arc in my Eberron campaign… (Radomir, Saleek, Zennir, Tink, and Fyn you probably should not keep reading!)

…is essentially a mixture of the Infinite Tsukuyomi arc from Naruto, and the City of Light from The 100. Basically someone is trying to put the entire population into a form of hypnosis to put an end to wars and to reunite people with their loved ones. I took parts of those two ideas and blended them into the world of Eberron through the Dreaming Dark.

If you’re still struggling with coming up with a concept for your oneshot adventure, trying using a random word generator. This method is a bit more clunky than the last one and will almost certainly require more thought on your part. The basic idea is that you randomly come up with a few words, and link them together to form some sort of narrative. They might not make any sense and you might have a difficult time using the words you’re given, but hopefully doing this exercise will at least spark some other creative ideas that you can use. I’ll stumble my way through this process below, using the above website to come up with 6 random words.

First and foremost, don’t feel like you need to use every single word that you’re given and you can hit the ‘Generate’ button a couple of times if you need to. This was probably the third set of words that I generated and some of the words stuck out to me. In particular, hunting, swarm, and illness seemed like something I could build a narrative from. Keep it loose and fill in the details as you go.

“A group of hunters from a local village have returned from their weekly hunt. The hunters return empty handed, and claim that all of the animals they tried to hunt had a swarm of black locusts hovering a few feet above them. Soon after, all of the hunters exhibit bizarre patterns of behavior and fall gravely ill.”

It ain’t perfect, but that seems like it could be the intro to a pretty cool adventure to me. What was causing the swarms of insects? How is the illness presenting itself in the hunters? I have no idea, but figuring out the specifics is the fun part of creating the oneshot adventure.

Finally if you are absolutely lost and completely and utterly hopeless when it comes to generating ideas for a oneshot adventure, then put on your shoes and get some fresh air. Go for a walk or a run. Step out into the forest or peer up at a massive sky scraper. Sometimes your mind gets bogged down by circular thoughts and anxiety driven daydreams and no matter how hard you try to be creative and work on DnD related things, the hours go by and nothing gets accomplished. A great way to break these circular thought patterns is to PHYSICALLY GET UP AND MOVE.

Be mindful about it too. What sounds do you hear, and where are they coming from? Notice the sensation of pressure shifting from your heels to your toes as you take each step. Take a deep breath, are there any scents in the air? Is the sun warm, or does the breeze give you goosebumps? This method won’t necessarily give you any ideas to turn into a oneshot adventure, but hopefully it will kickstart you out of the mental rut that’s sapping your creativity.

“Speaking of kickstarting“, he said in a vain attempt to transition to a little bit of self promotion, “I have an upcoming project on Kickstarter and I’d love to have your support!“ The Rift to Rhymorra: A Guide to the Spirit Realm is a 5e compatible supplement filled with new creatures, magic items, locations, and more! Coming Soon to Kickstarter 🙂

Anywho, thanks for reading and if you found this article helpful, please share it with a friend! 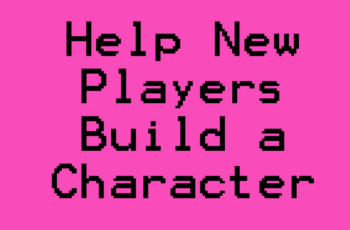 If you've got a new player and they need help... 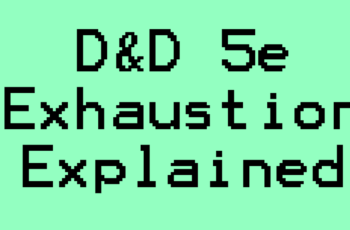 Switch up the challenge for your players with levels of... 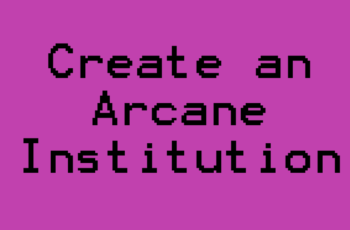 Learn how to easily create an Arcane Institution for your...