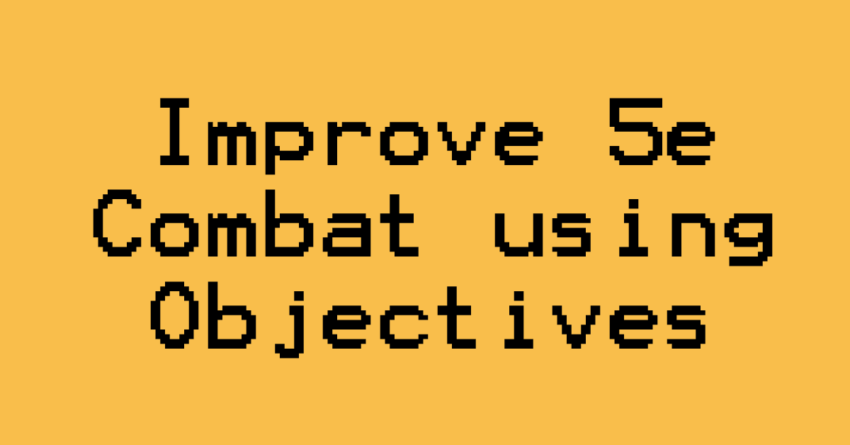 Regular D&D 5e combat is a lot of fun but sometimes encounters can feel a bit repetitive, especially if you’re on a streak of shitty rolls. Sometimes you might want to spice things up a bit from simply exchanging blows back and forth between monsters and party members. A great way to achieve this is to give the party a specific objective that they must achieve during combat, aside from just killing all of the bad guys.

If you’re having a bit of trouble getting the players engaged, try presenting a situation that requires more creative thinking on their part. The party might end up killing all the bad guys, but the difference is that with these scenarios it’s possible to kill all the bad guys and still lose or fail the quest. The key to success with these types of encounters will be the party’s ability to communicate and prioritize their actions. Time is of the essence here! As the Dungeon Master, keep in mind that the enemy’s objectives will probably be a direct antithesis to the party goals.

This article will discuss four different types of common action-oriented goals, but the possibilities are limited only by your imagination. Each type of goal will have tips for how to implement, and different examples. Keep in mind that these objectives do not necessarily need to be isolated encounters, and can in-fact be combined into a more complex scenario.

“God Save the Queen”

Party Objective: An important NPC, or group of NPCs, is suddenly under attack and unable to defend themselves. It is in the party’s best interest to intervene and protect the helpless.

How to Implement: Use a surprise attack or ambush during a moment of great importance. This could be especially effective if the players are right about to learn a key piece of information in the middle of a dialogue scene. Since not all parties are inherently altruistic, be sure to make it obvious that it is in the party’s best interest to help protect the NPC(s). While playing the enemy’s turn, be sure to primarily focus on attacking/capturing the target and only directly engaging with the party when absolutely necessary. Also don’t drag this out into a huge escort mission ’cause those are kinda the worst.

Party Objective: The party has an explicit goal of infiltrating an area in order to capture or retrieve an important item or person. Their success solely depends on whether or not this is accomplished, and not how many enemies are killed in the process.

How to Implement: Put the players into a situation where any excessive deaths or loud commotions can have serious repercussions. This could include making enemies out of a powerful faction, getting a bounty placed on their head, or alerting any backup. These scenarios might require the party to show restraint and use quick thinking. In order to keep the party focused on retrieval, be sure to clearly convey the potential consequences of getting caught or failure. As the DM, focus your attention on protecting the targeted item/person at all costs. This scenario is essentially the same as the ‘Protect’ combat objective, but with the roles reversed.

Party Objective: The party must escape from a situation that will almost certainly result in death or capture if drastic measures are not taken.

How to Implement: First and foremost ensure that killing an enemy will not solve the party’s problems, though it might buy them a little bit of time. The players should feel as though they are facing insurmountable odds. It’s not necessarily a “no-win” situation, but the best solution should pretty obviously be to GTFO. Try sending increasingly difficult waves of enemies towards the party to prevent their escape. This can be done by continually increasing the number of enemies or by increasing the strength and power of new enemies showing up. Your main objective is to prevent the players from fleeing by any means necessary.

Party Objective: In this scenario, the party must interact with the environment in a specific manner to ensure their success. This might include pulling a lever, solving a puzzle, turning a crank-shaft, stepping on pressure plates, or activating a magical device in the middle of combat.

How to Implement: This combat objective is great for pairing with the previously mentioned combat objectives in this article. In this scenario enemies should be more of a nuisance than anything else, and should be continually distracting the party and slowly draining them of their resources. An easy way to implement this objective is to present the party with 3 objects in opposite corners of the room that must be activated either simultaneously or in a certain sequence. To really motivate players into action it can be helpful to give them an in-game countdown. For example, “You can tell by how fast the poison gas is flowing into the room that you have 3 rounds until you run out of oxygen and will have to start making CON saves.”

In situations where you are using an in-game countdown, it’s very important to make it clear that they have options to interact with. Provide an obvious, but not necessarily easy, solution.

Hopefully you’ve found these D&D 5e Combat Objectives useful. What sort of goals have you introduced to the party amid fights? Let me know by sending a message to aaron@thealpinedm.com 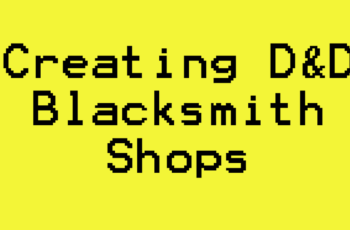 Get rid of boring stereotypes and handcraft a unique blacksmith... 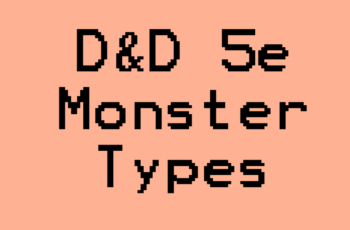 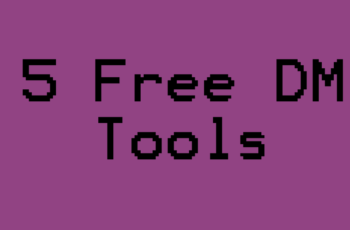