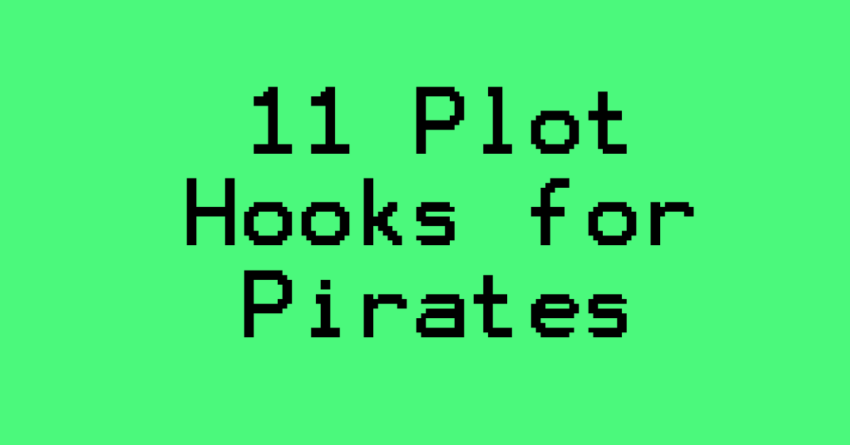 Ahoy matey! Arrrrre you ready to plunder some booty, uncover buried treasure, and have some seafaring swashbuckling scurvy-ridden shenanigans? If so, great! If not… you probably clicked on the wrong article my dude.

Today I’ll cover 11 different plot hook ideas for D&D campaigns that are centered around piracy and sailing the high seas!

Each plot hook also includes a few questions to get you thinking creatively and to make the adventure your very own. The first pirate plot hook may be a bit cliché, but that doesn’t mean you shouldn’t use it. There’s no better way to ensure that your players feel like pirates than by having them search for buried treasure! The map (and the hunt itself) can be as complicated or as simple as you’d like it to be. You might consider giving the party a single piece of the map. This makes it easy and natural to work in other pirate crews who are also searching for the remaining pieces. Bonus points for actually making a map and giving it to your players! While traveling on the high seas the party comes across another pirate ship. From a distance this doesn’t seem to be anything out of the ordinary. However, as the ship gets closer it becomes obvious that something strange is happening: the opposing pirate ship is manned by a crew who looks exactly like your party members. The opposing pirates claim to be “the real ones” and the party members are imposters. You could foreshadow this plothook with an NPC making comments/claims about something the party members didn’t do (but the imposters did).

The party (unknowingly) acquires an ancient artifact that brings about a terrible curse. “But wait a minute… isn’t that just the storyline for Pirates of the Caribbean?” Yes. Yes it is. Just because an idea isn’t completely unique doesn’t mean that it can’t or won’t be fun for players. Besides, you should feel free to put a unique spin onto the curse. It certainly doesn’t have to do with becoming undead. In fact, you don’t have to make it obvious that the curse originated with the artifact. Try starting off subtle and slowly ramping up the effects. In the midst of a particularly rough storm there is a loud CRASH as the ship comes to a sudden halt. The party finds themselves shipwrecked on a large (seemingly) deserted island. Together they must fend off vicious creatures and explore ancient ruins in order to figure out how to get off this island. If someone in the party has access to a high level teleportation spell then this plot hook is essentially pointless. The specifics of how the party might escape are completely up to you! I’d encourage you to support any creative ideas/solutions that the party comes up with. A mysterious stranger approaches the party and offers a large amount of gold in exchange for chartering their ship and crew for a fishing expedition. The catch (heh…) is that the stranger is not simply seeking a trophy fish, but rather a devastatingly powerful sea monster! I would run the stranger in one of two ways. They are either: A) a crusty old angler who is seeking revenge on the creature for their own lost crew, or B) an eccentric and wealthy lord who has grown bored with their civic duty and wants an exciting adventure.

6. Rise of an Empire For ages, pirates have told stories of a sunken city brimming with powerful artifacts and riches. Most people assumed this city was merely a legend that was told to help boost morale and inspire a sense of adventure. Most people were wrong. The city (whose name may or may not rhyme with ‘At Land, Hiss’) not only exists but has recently risen back to the surface. Reports have started flooding in detailing the location of these ruins, as well as the strange creatures that inhabit them. Which pirate crew will be the first to uncover the secrets of this forgotten civilization and return safely? While sailing back to port from a particularly successful plundering, a rickety ship is seen in the distance. This ship suddenly changes course and begins sailing towards the party. As the ship gets closer two things become apparent: 1) this ship shouldn’t be able to float based on the structural damage, and 2) nobody is aboard the ship. At this point, the party is free to investigate and deal with this ship however they see fit. Afterwards, when the party gets closer to the port they spot an entire armada of ghost ships headed for the city. As moderately successful pirates the members of your party have started to gain infamy. Although this may have been accompanied by some perks while in criminal areas (respect, discounts, etc), their infamy has also attracted the attention of those who seek to bring about law and order. The swift hand of justice is a’comin I tell ya! The severity of the party’s crimes will dictate who or what is coming for them. If the campaign is just starting out, consider throwing a single bounty hunter towards them. As they continue to flee the law and level up, a nation may decide to send an entire fleet after them. While looting and plundering, a dense fog suddenly rolls in and causes heavily obscured vision. The fog persists and doesn’t dissipate with daybreak. Party members who are exposed to the fog for an extended duration might be required to make a saving throw (probably Wisdom or Constitution, depending on how you want to run this), and suffer from effects of madness on a failure. If you don’t feel like subjecting the players to this you can always have an NPC (assuming they have one) go absolutely bonkers from the fog. After a few days of sailing in the fog, players experience increasingly vivid hallucinations and dissociation from reality. The fog finally clears and the players find themselves tied up to the dock which the initially left from. At this point you could run this plot hook in a million different ways. Honestly, who knows what is real and what has been conjured by an affected mind. Let the players take the lead if you choose this plot hook. The local alchemist has found a recipe for a powerful elixir that supposedly cures all diseases and grants immeasurable power to whoever drinks it. They have been able to gather all of the ingredients except for a single one – a rare magical fruit. The party has been recruited to find this fruit and have even been given a map detailing its location. However, in order to get to this fruit they must sail through the most dangerous part of the ocean (a la Bermuda Triangle). Nobody who has attempted to sail through it has made it back alive. The area is supposedly filled with sea monsters, never-ending storms, and gigantic maelstroms.

The party spots a message in a bottle floating in the ocean and is easily able to scoop it up. They are easily able to read the message and quickly discover that it was written to them from a trusted acquaintance. Within the message, the sender apologizes for betraying them and implores the party to put an end to the coming apocalypse. Two things strike the party as peculiar. They recently saw this acquaintance and everything was hunky dory, and the letter is dated 50 days into the future. In a race against the clock, will the party be able to put together the pieces of this mystery and stop the end-of-days?

That’s all the pirate plot hooks that I’ve got for now! Some are a little more “piratey” than others, but either way they’ll make for a fun adventure. Thanks for reading, and I hope you enjoyed! Let me know what you’d like to see next by sending an email to aaron@thealpinedm.com 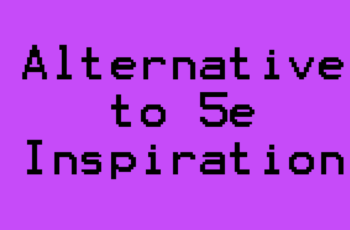 Not feeling inspired with 5e's Inspiration system? Check out this... 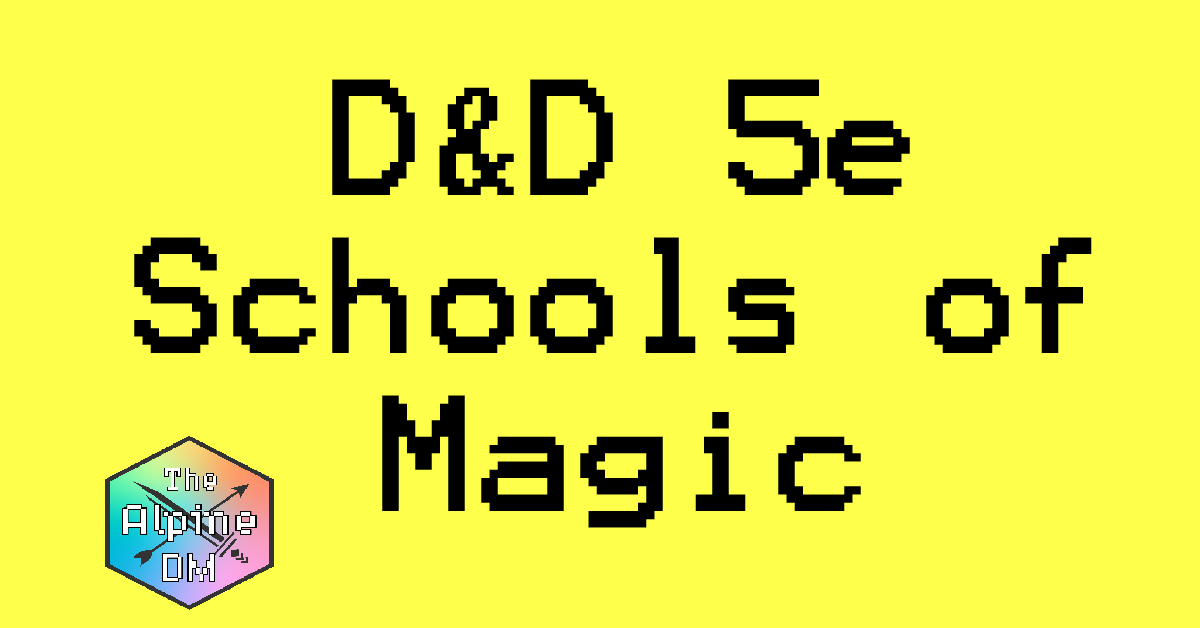 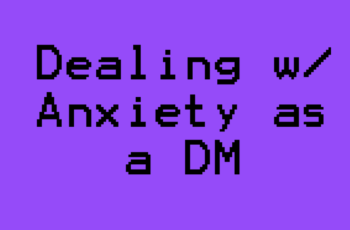 Stepping up to bat as a dungeon master can bring...