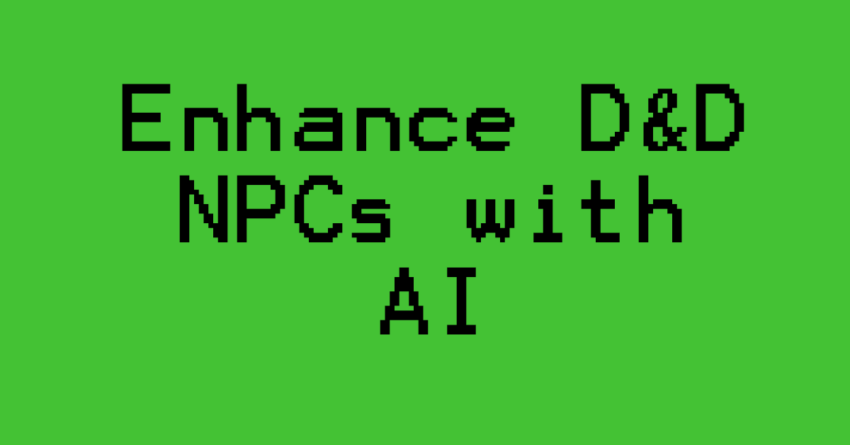 We live in a world filled with ever-evolving technology available at your finger tips. Need a ride, some food, or just quick entertainment? You can now solve any of these problems with just a couple of clicks and a few minutes of your time. Even TTRPGs have gone (optionally) digital with the help of virtual tabletops, searchable PDFs of rulebooks, and companion apps. But why stop there? I’ll be explaining and unpacking an AI-fueled random NPC generator created by Paul Bellow!

Why use Artificial Intelligence?

You may be thinking to yourself, “I don’t need the help of any dang robots. I prefer good ole fashioned pencil-to-paper creativity.” And that’s all fine and dandy, but the rest of this article probably doesn’t apply to you. The main benefit of using an AI generator is the same as using any other type of random table or generator. You need some detailed information, and you need it NOW. This could be from a lack of session prep, or it could very well be that your players completely deviated from their plan and want to know every detail about some random person on the street.

I’m a huge fan of improvisation, and encourage everybody to flex their improv skills whenever they get a chance. But sometimes your mind goes completely blank and trying to improv is like trying to suddenly speak a new language. In these sort of instances, having detailed generators is incredibly handy! What’s nice about using artificial intelligence powered random generators is that they can come up with intricate details for NPCs that (more or less) are cohesive, make sense, and aren’t repetitive.

So how do these generators work anyway?

My knowledge of neural networks and machine learning isn’t very extensive to be honest. Generally speaking, some text (written by humans) is ‘fed’ to the AI. The AI then breaks down the text and studies it. Over time, and with enough text input, the AI recognizes patterns in the language and is able to generate its own text based on the patterns that it has studied. In this case it is generating details about a fictional character, but it can also be used to write articles, short stories, or even lines of code for computer programming.

Specifically, Paul Bellow uses GPT-3 (Generative Pretrained Transformer 3) to power his random generators. I can’t really explain what the means, so here’s an article from NY Times and an article from Techtarget that explain it a bit.

The main course for this evening will be NPC Generator AI. It’s super simple and intuitive to use. There’s not a whole lot of explaining to do, but I’ll walk through a couple of examples so you can get the overall idea of what this D&D AI tool can provide.

Starting off, you’ll be able to choose some specifics, if you so desire, for your soon-to-be NPC.

Once you’ve made your selections, or kept things totally random, just click on “Roll ’em!” to see what you get. The first section of the webpage will display some basic information about your NPC: their name, gender, and class. You’ll also have their statblock and a snapshot of their personality. The personality section doesn’t always make the most sense. As you can see here one of their traits is (Grimm Fairy Tales). Make of that what you will. Next you’ll get the character’s appearance. I think this is one of the areas where the NPC generator really shines. There are some NPC defining details in just a couple of sentences that are way better than anything I could come up with on the spot.

“Uthgar is a large and muscular man. He has long, stringy black hair that hangs down to his shoulders, and a thick, bristly beard. His eyes are small and beady, and his nose is bulbous. He’s missing a few teeth, and the ones he does have are yellowed and rotting. He always seems to be sweating, and he smells like he doesn’t bathe very often. He’s wearing a stained and tattered tunic, and his pants are held up by a rope belt. He’s carrying a hammer and chisel.“

Next are the NPC’s interaction section. This essentially tells you how you would roleplay that NPC in a social setting. Definitely a useful bit of information to have.

After this, you’ll receive a little bit of background information about the NPC. This example isn’t super detailed and not extremely helpful either, but it still helps complete a picture of our NPC.

Finally, there is a small section detailing any various skills that the NPC has acquired. This section also feels a bit redundant, especially for this example. Yes, he’s a stonemason. Got it.

“Uthgar is a skilled stonemason. He’s able to carve stone into a variety of shapes and sizes. He’s also proficient with a hammer and chisel. He has no combat ability, and is not particularly intelligent.“

There you have it! There’s no learning curve and there certainly aren’t any bells and whistles, but honestly that’s exactly how it should be. If I’m whippin’ open a random generator I just want to get straight to the point, and that’s exactly what this one does.

It’s worth noting that the AI-powered NPC generator is only a small part of Paul Bellow’s LitRPG Adventures collection. In addition to NPCs, through this set of tools you are able to use AI to generate…

Aside from being able to generate new ideas for your D&D campaigns, a large feature of LitRPGAdventures is having access to the entirety of the community’s creations – thousands and thousands of total pieces of content.

Unlike the NPC generator, this one is not free to use. Instead, you buy ‘credits’ and can then spend these credits on the different generators. You can either buy credits as a one-off thing, or subscribe to receive them on a monthly basis.

For example, at $5/month you’ll receive 600 credits each month as well as have access to the content library. For reference, each generator costs between 7 and 12 credits.

If you’d like to check some other free examples from this toolset, you can find links below for encounters and backstories!

Thanks for reading the article, I hope you enjoyed it and found some use out of the free (or paid) generators!

The Rift to Rhymorra, coming to Kickstarter April 22! 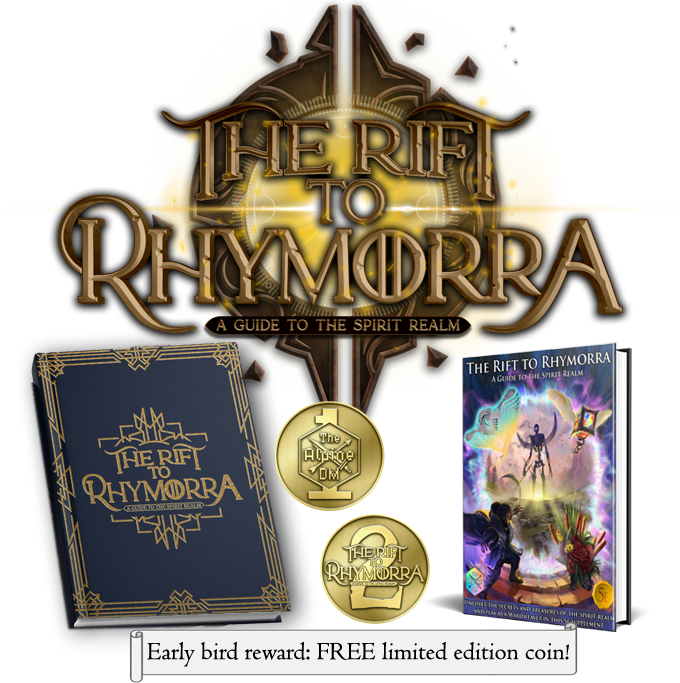 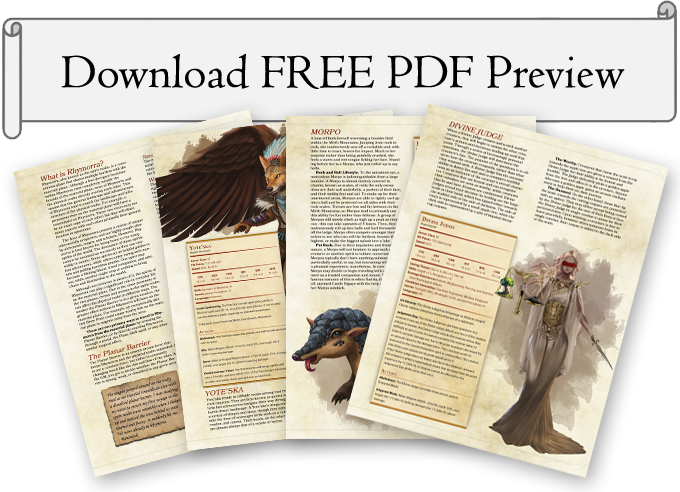